Every year fireworks accost my neighborhood.
They are illegal and there are $1000.00 fines for their use.

Fireworks traumatize many veterans with PTSD, including myself. Their cacophony can cause months of nightmares, or require the necessity of extra therapy. Some vets can be violent.

During the Vietnam War, soldiers were not allowed to spend more than two tours of duty there because after two tours you came back a killing machine. Extended exposure in a hostile zone creates people who are unable to fit back into society.

Over a 100,000 of todays soldiers have spent 3 or more tours in a combat or hostile zone, over 50,000 experiencing more than 4 tours. That means we have a lot of extremely traumatized vets dealing with heavy psychological issues in our neighborhoods.

Given these issues combined with months of quarantine, record unemployment, and a nearly 4 year political environment that thrives on creating discourse and social unrest, fireworks are going to set off veterans, friends, and family. Please remember veterans served in war so that you did not have to.

The street favored M80’s and rockets are not only traumatizing, they can cause injury and death. They sound like bombs going off, shaking homes, cracking window panes, causing fires and terrify people and animals.

Fireworks also terrorize pets and wildlife. Many of us can attest to the terror of our pet’s experience. Community animal volunteers share how the animal shelters are full of frightened and lost animals around the Fourth. Animals get lost, bolt from homes, squeeze through windows, and in some cases get hit by cars. The shelters are filled with cringing, whimpering and sometimes barking and howling dogs.

It is time to reflect on why we are still using fireworks.

Our independence from England may have been something to celebrate for the original 13 colonies, but is it really worth celebrating when our independence cost  up to fifteen million Native American men, women and children their lives?

Is it worth celebrating the independence of the white man when in the middle of a national pandemic the US has with-held testing supplies and treatment to those who survived the genocide of their culture? How can we feel proud when after 243 years we have a president that ignores Native American sovereignty and private lands?

Colonization by definition is  “intrinsically genocidal”. It does not come only in the form of murder of humans and their culture. It exploits inhabitants as a resource and creates forced labor. The colonists built their independence off the backs of others. It created an “us versus them” mentality, the foundation of the entitlement of white supremacy.

This ugliness is not worth celebrating, especially not with fireworks. America is not free if it can only survive off the control and suffering of others. After a long history of toxic focused racism, Americans have had enough. After the murder of George Floyd by a policeman in cold blood, millions of people have protested in cities across the country saying, “enough”.

In fact, sixty countries on every continent (except Antarctica) have literally joined those protests to tell Americans “enough”.  It’s time for Americans to put away the fireworks and evolve. 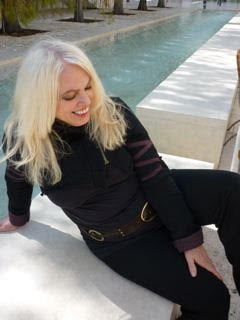 A Contributing Editor on the Arts, Buddhism and Culture, Uriél contributes regularly to online and print magazines in addition to international journals. She has won many awards for her poetry and has been included in two anthologies. For National Poetry Month, April 2020, her poems were  featured on San Francisco’s public radio station, KPFA. To see more artwork and read more of her articles, please visit http://urieldana.com.