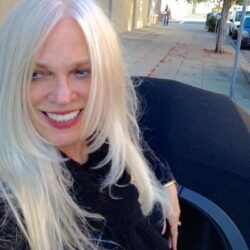 Uriél Danā is a Contributing Editor on the Arts, Buddhism and Culture.  She writes regularly for online and print magazines in addition to international journals, including Curiosity Shots and Narrative Path Journal.

Uri is an Air Force Veteran and former USIA (State Department) Ambassador to the Arts. She is a graduate of the 2016 Writers Guild of the West (Los Angeles, CA) Veterans Writing Project.

She has won many awards for her poetry and has been included in two anthologies. For National Poetry Month, April 2020, her poems were  featured on San Francisco’s public radio station, KPFA.