Uriél Danā has been honored for her work as a fine artist, writer, and lecturer for more than three decades. Her oils, gouache, and lost wax bronze work has been shown in 12 countries on 4 continents. She is a former U.S. State Department Ambassador to the Arts under the former Arts America Program.

Her oil paintings and drawings are included in dozens of private, corporate, and celebrity art collections. In October 2015 two of her paintings were selected for the Carousel de Louvre exhibition in Paris, and she was included in the catalogue Modern Art Masters in Complex Musée du Louvre.

In addition to her own art career, for 17 years she was known for her painting collaborations‪ with the late Gage Taylor under the name Taylor-Dana.

She is a member of the Portrait Painters of America and her current work is inspired by San Francisco’s nouveau cirque culture.

A few of her honorary mentions include: 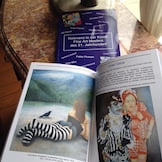 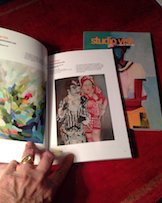