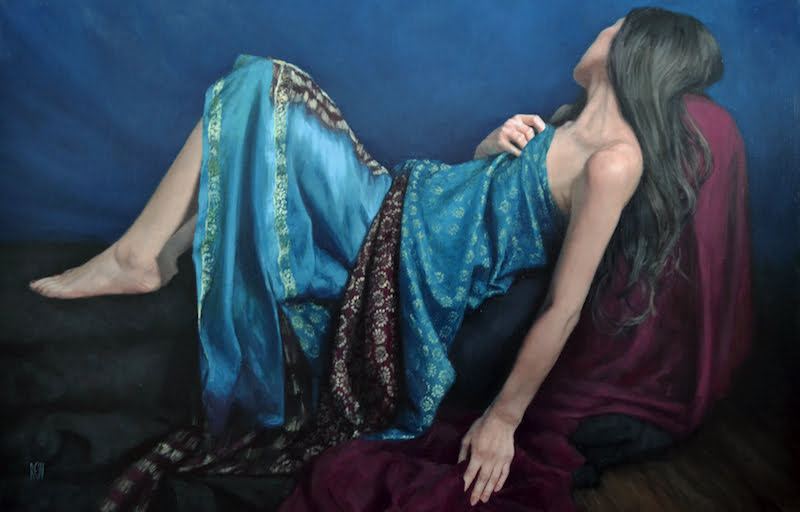 My Mother was a product of color conditioning. She believed “pink was for girls, blue was for boys”.

About the time I was ready for my “big girl bed”, she hired a decorator to outfit a canopy bed, complete with matching dust ruffles, pillows, and drapes, in pink and white checked gingham.

I stood looking at the fabric samples in horror. “I don’t like pink”. They ignored me. “I don’t like pink” I tried to insert once again into their dialogue. Each attempt to communicate was ignored. I was only four years old after all, what did I know?

After a few weeks furniture was delivered. An elated decorator dashed about my room completing all of its finishing touches for its big reveal. I walked into my room and politely told her I did not like pink and please take it away. She ignored me, of course.

An hour later she and my Mother were celebrating their mutual gain over coffee in the kitchen. I was invisible. I went to the drawer next to the stove, and took out a box of matches, and marched right up to my bedroom.

With the first match I torched the drapes above my desk. I then torched the canopy, the shams, and the dust ruffle. Fabric fire codes were barely in existence at the time and everything seemed to burn quite nicely. I was satisfied.

I walked downstairs and placed the matches on the table between the two women. Looking directly into my mother’s eyes I declared, “I do not like pink”. You could smell the smoke by then. My mother grabbed a fire extinguisher and ran up the stairs. I have no idea who called the fire department.

The house was fine, but my new bedroom was damaged beyond repair. The decorator looked horrified. Her knee was even with my eye level. I gently touched it to comfort her. She looked down at me. I softly reassured her, “I was thinking, something in a yellow?” I couldn’t work out if she was laughing or crying.

I promise you I have not torched another property since that time. However, with hindsight, that finely tuned sense of color that made me do such a thing has actually been an asset all of my working life.

People think of color in terms of dyes or pigments but perceiving color is an illusion.

In the book Color, The Secret Influence, Kenneth and Cherie Fehrman document how the world is actually, completely colorless. “Colors are wavelengths and part of the same electromagnetic spectrum of brain waves, body heat, light, television, and radio signals.

These signals are measured in meters ranging from several hundred meters to light waves that are so short they must be measured in nanometers (1-millionth of a millimeter).

Seeing the colors around us is an interactive visual process that only exists in the observer’s brain and our interpretation of it. Although our perception of color is influenced moment to moment by light, we respond individually to their electro-magnetic vibrations.

Our bodies respond to these electromagnetic frequencies also. When practitioners of Eastern Medicine talk of chakra’s they are referring to vortices in our body that allow energy to flow in and out of our body.

In 1975 the UCLA Rolf Study was begun to measure electro-physical activity of muscles when receiving deep Rolfing massage. Placing electrodes on the major chakra/acupuncture points they were able to make the color, shape and movement of these fields observable. Simultaneously, the frequencies of the electromagnetic radiation emitted from the subject’s body were recorded on an oscilloscope.

For the first time, the electro-physiological recordings described for centuries by psychics and healers as the 7 colors of the chakras were able to be connected to waveforms and bandwidths.

Rosalyn L. Bruyer, a trained engineer, worked 8 years on the UCLA study. She wrote extensively about their results in her book, Wheels of Light: Chakras, Auras, and the Healing Energy of the Body. “The primary colors were found to be red, yellow and blue correlating to the first, third, and fifth chakras. Their respective frequencies were waveforms with bandwidths of 640 to 800 Hertz (cycles per seconds), 400 to 600 Hertz, and 100 to 240 Hertz.

The patterns and sounds of the colors were also very distinct. Red waveforms demonstrated themselves as irregular groupings of short spikes and sounded like a siren.. Yellow resembled a smooth round sine wave and sounded like a musical tone, and blue had large sharp peaks and troughs with small deflections riding upon them. The color blue had a sound like a rumble.”

What does all of this mean? It means humans and nature are electro magnetic in form and our bodies, minds, and spirits can be negatively effected by man made electro magnetic fields such as wifi, cell phones and cell towers.

For example, Yellow is a mental color. Research has shown if you study in a yellow room or take notes on a yellow pad you will have better test results.

Yellow is also the color of the third chakra where the body begins to move from the male energy of the first and second chakras into the feminine energy of the body. Not male and female as in sex, but as in the energy fields of the body.

Male energy is to conquer, compete, & to control. The Female energy is nurturing, balanced, doing things for the benefit of the greater good, empathy,compassion.

Each of us has both energies within us and we are at peace in the world and with others when they are in balance.

If your male energy is out of control, all you will care about is sex, making money and getting what you want. If you have lost your empathy for humanity, the earth, and other species, you will be repulsed by yellow.

Male energy manifests itself as an abundance of red and orange in the body.

On the other hand, if you are studying and learning full time, being forced to spend all of your time in the mental realms, you will be repulsed by yellow because your aura is flooded with it. You will probably crave purples for spiritual satisfaction, blue for creativity, or greens to awaken your heart.

Every society has its own cultural associations and stigma’s around color. Color conditioning can influence our choices also. With that said, by paying attention to the colors we are drawn to or repulsed by can inform us to what may be going on physically, mentally and emotionally with us.