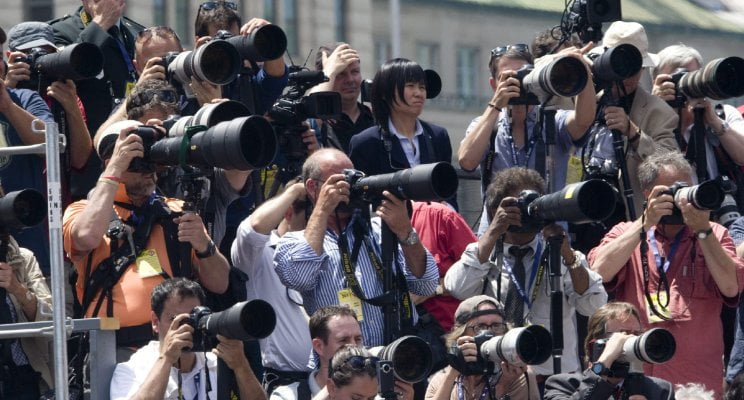 In 2013 two self portraits painted by George W. Bush were discovered on his private computer when it was hacked. They were ridiculed and spread quickly around the internet. Learning to paint or painting as a hobby can be very relaxing and everyone paints awkward work when they start. The problem is, when you are famous, bad work can be marketed as something other than what it is.

In the case of G.W. Bush, we have bad beginner’s art, without drawing or painting skills from someone that happens to be a former US President. How do publicists handle a situation like this? Publishing an art book is the first step to give bad art credibility and keep people from ridiculing it. Then you get the man an art teacher fast and arrange an art exhibit at the George W. Bush Presidential Center.

Unfortunately, we are living in a time where celebrity name recognition “trumps” skill, quality, or intellect. There is an enchantment of fame that makes the eyes of people glass over. It’s as if by merely being near it they are special in their own right. San Francisco Art Institute Professor, Mark Van Proyen in a candid interview with Alex Max about celebrities and their art had this to say:

“A celebrity is essentially a manufactured entity, with behind the scenes teams of ‘celebrity makers, from agents, producers, to networks of marketers, etc…celebrities are avatars of their own packaging.“

New York Magazine Senior Art Critic, Jerry Saltz, in an interview with Today.com reflected, “Usually, celebrities make bad paintings insofar as they are amateurish in terms of color, surface, skill-set, subject-matter,Most of it is either kitsch or ersatz art.”

Consider the list of art marketed on the name recognition of celebrities and nothing else:

Add to this list actor James Franco (great actor, terrible painter), singer Stevie Nicks (who paints her William Blake-ish paintings for charity), Rosie O’Donnell, Ronnie Wood from the Rolling Stones, Johnny Cash, Bob Dylan & Johnny Depp & David Bowie. There is also Tony Bennett, Tony Curtis, & Sir Anthony Hopkins. There are many others. Usually their art fades away in value and our minds after they have passed from the world and from the spotlight.

There have been some performers that actually have painting talent beyond their name recognition. Dennis Hopper, Joni Mitchell, Martin Mull and Soprano’s actor Federico Castelluccio come to mind.

So how did we get to this place where celebrity rules, and opinions are based on feelings, not facts? Was it the “No Child Left Behind” policy that made schools be less about learning and more about coaching for test results? Was it the black mirror of shiny screens that make our lives as virtual avatars better than our real worlds? What about reality shows that support the belief that fame and fortune are a mere sex tape away? (Sometimes it takes someone like fashion expert Tim Gunn to step in and awaken the trance. His advice for dressing well? What ever the Kardashians are doing, don’t).

To bring this back to art, I believe it is our removal of the arts from schools that has brought us to this crisis. The part of our brains that help us create is also the part of our brains that help us creatively solve problems. Without developing the total brain, you get a population of people incredibly easy to manipulate through the media. This allows enless possibilities for corporations and politicians to create an eating machine of consumerism. You have the perfect creation of consumers, slaves to debt, and the system.

Featured Image: Paparazzi trying to shoot the Duke and Duchess of Windsor