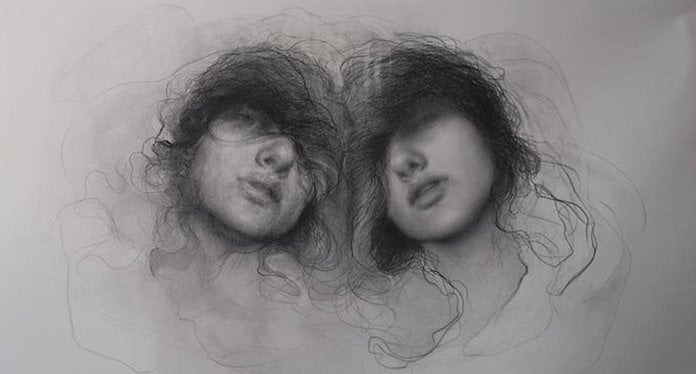 Someone recently asked me why should any man bother getting married? He said men risked being ruined financially by one bad woman. He was lamenting that he could get stuck paying alimony or child support. Why not just live with someone instead?

Let me begin by saying to live with someone is not the same as being married. Marriage is a sacrament where you accept the karma attached to another person. You are agreeing to help the other grow and evolve at an accelerated pace. It is the fastest way to have who you are and who you are not, reflected back at you. We may not like what we see in that process, but we become a better human being because of it.

Living with someone you are not married to does not share that sacrament. I’ve seen people who have lived together 20 years, get married, and are divorced within a year. The reason is because that spiritual agreement kicks in. I think people choose to live with someone instead of getting married because subconsciously they know they’re in a karmic relationship and the growth process is going to hurt.

People do not ruin our lives, our choices do. If you marry someone for their looks or position in society (a doctor, a model, coming from a wealthy family) it is going to be a painful ride. You are marrying them for what you will get from them, not what you want to give to them freely. Choosing a partner based on surface criteria will make you a victim of your emotions. In a spiritual union, emotions enter your consciousness without you having to act upon them.

When you meet someone who shares similar interests, makes you smile easily, really listens to you and you really want to listen back, it is special. A trust develops. They become a mirror of your inner male or inner female part of yourself. Finding someone who helps us develop this part of ourselves is richer and sweeter than we ever imagined. You will thrive in your career because your heart, body and mind are thriving. People will be drawn to that natural expansion. It is very attractive because it brings energy to a room.

I think it’s important to add here that people sometimes forget the source of that expansion when they stop being grateful for their partners. They lose it all when they have an affair with someone who’s confused their newly developed expansion for passion.

With that growth we become the people we were destined to be. Sometimes the person that helped us get there gets left in the dust and they get angry. The key is not to turn your partner into a full time housekeeper, babysitter, slave while you travel or have exciting things happening to you all of the time. The key is balance. Encouraging our partners to study, have time for their own interests, enjoy time with friends. Both people have to honor their own lives in order to bring something to the relationship.

Forcing marriage by pregnancy creates a fragile foundation for a relationship. Having children should be a conscious decision by two people who agree to accept the spiritual/karmic responsibility for another soul. It is a huge commitment but having children is not required in order to have a happy marriage.

I remember meeting an adult friend of my mothers when I was 9. She and her husband lived overseas and traveled all of the time. I asked her if she had any children? She said “no”. I asked, “why not?”

She said, “because we didn’t want any”.

This was mind blowing for me! I said, “you mean we have have a choice?” She laughed and said yes. She told me men and women could have any kind of marriage they wanted. I chose right there and then not to have children.

I knew at age 9 that there are too many children born to people who have them for the wrong reason. If I ever changed my mind, I would adopt. I told all of my girlfriends (to their astonishment) that we didn’t have to have children when we got married if we didn’t want to!

Not only did my interrogator fear a doomed marriage, he also did not want to take financial care of any children if he wasn’t married to the mother. Sadly, he is not alone. It is not uncommon for fathers to ghost out of their children’s lives after a divorce. I find it curious that anyone that makes a conscious decision to have children or adopt them, would choose not to care for them later?

Parents are karmically and financially responsible for the health and needs of children until they reach adulthood. If you do not want to pay child support, don’t marry a woman that wants children. In fact, why not man up and have a vasectomy?

If you truly believe getting married could result in your ruin, arrange to have a pre nuptual agreement drawn up. Make it for ten years. If you are still in love after ten years, renew your vows and tear it up.

Whether living together or considering marriage, beware of your own stinginess. I’ve never met a man that was stingy with money who also wasn’t stingy with his love and as a lover.

If we fear marriage, we need to to ask ourselves if this is really about control? Control is the opposite of love. In Sanskrit the word for God is Ishvara. It literally translates to “the force capable of doing what She wishes to do, capable of not doing what He does not wish to do, and capable of undoing whatever so far has been done.” I’ve always told friends, “the person who controls the most in a relationship loves the least.”

Featured Image: Drawing by New York based artist, Maria Kreyn (b.1985, Russia) who often uses herself as a model.