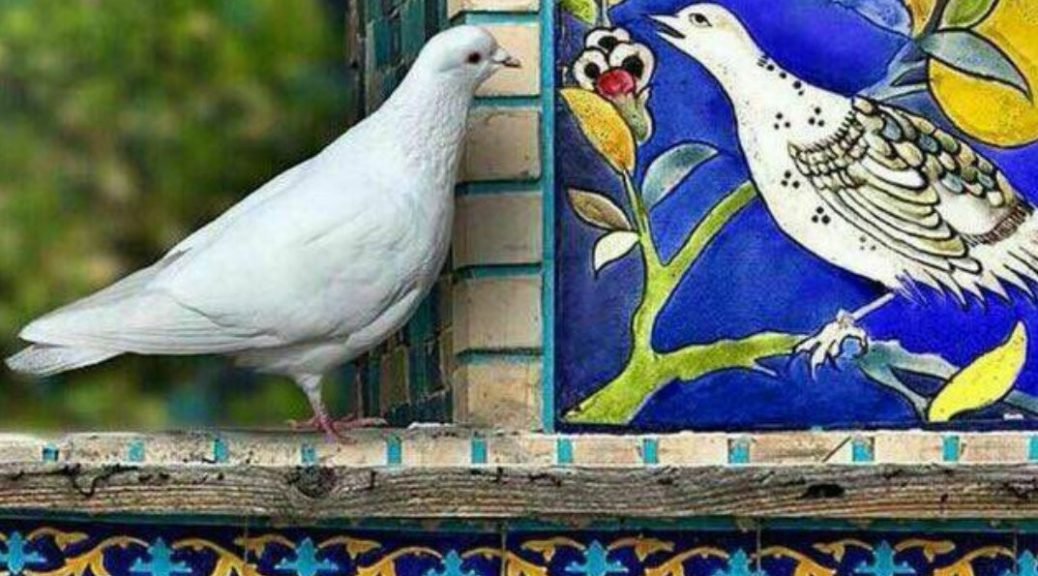 Imagine you have just died. You were really really old. In fact, you have out lived your family and your friends.

A stranger comes into your home to catalogue your possessions.They are an estate manager and they must clear your household to honor your will or to pay off any bills you may have left. They come inside your home or apartment and there is one painting, a chair, and a bed. The painting is in a place of honor, well lit. They stop and stare at the painting. It is your legacy.

That painting should tell the person as much about you as the music you have on a shelf or the books that you own. A painting should reveal to people if you were funny, romantic, spiritual, mystical, patriotic, sensuous, and even what colors you liked.

Choose a painting, drawing or a sculpture like it is the only thing you will look at every day for the rest of your life.

Fall “in love” with it. When you are in love you cherish what you love, enjoy the time you spend together, are proud to be seen with your love. If you buy for love, not investment, you will never regret it.

Later you may find it was just puppy love and fall for a more mature lover; that will be the second piece in your collection. 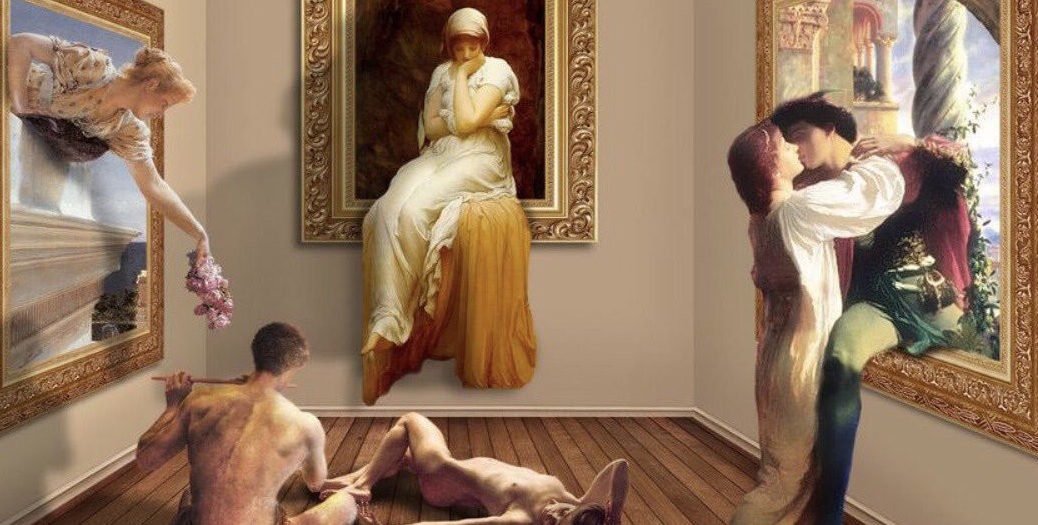 Museums have always been magical places to me. Every room allows us to enter a bardo or in-between world that bridges the artist and ourselves. The emotions held by the artist while creating, remain in the artwork forever.

To stand in front of a painting in which the artist has mastered the “flow” allows the viewer to feel in telepathic communion with that artist. (There is no word for this in English. In Sanskrit, it is known as the “rasa”).

At the beginning of this millennium the Director of the Whitney Museum of American Art, David Ross, announced that he did not believe institutions should exist only to preserve art. He said museums should sometimes feel like a comfortable chair or being in a fistfight, or perhaps being mugged somewhere.  I’ve experienced all three of those things looking at art.

To me, museums are portals between worlds. I could fill notebooks on my own travels between the walls of these jump-gates.

Aminatta Forna contributed her haunting trip through The Museum of Broken Relationships. Not the one on Hollywood Boulevard or in Covent Garden London, but the original museum in Zagreb, Croatia. Every object on display was a relic of a death, a divorce, or a mystery disappearance during a war. In this museum, the theme is clear: all love ends in a loss.

The museum is divided into a series of rooms, each with a fanciful name such as the Allure of Distance, or Whims of Desire. She wrote, “From Rage and Fury you can turn right and pass through Tides of Time and into Rites of Passage, which in turn leads to Paradox of Home. If you walk straight through Rage and Fury you will come to Resonance of Grief and the final room, Sealed by History”.

Museums are time capsules of the soul of a place. They capture the beauty of those who were a part of its living history. We are drawn to what is sleeping inside us; peace, answers, eccentricities, time travel.

Every seed within us can flower in the right museum. Are you curious about the size and shape of penises of fellow mammals? The Phallological Museum in Iceland might mark your next vacation destination. There is a hair museum in Independence, Missouri. Its paintings, jewelry, and wreaths are all made from the hair of the dead.

Those who crave a day of laughs can lose themselves in The Museum of Bad Art in Boston. We can snorkel through 470 figurative sculptures entwined with coral at the Cancun Underwater Museum or encourage another kind of wet dream by visiting The Museum of Sex in NYC.

Museums are often created by people with passions bordering on terror. Those collections are the very best ones to visit!

The Cinema Museum in London, for example, was a creation of an ageless 70-year-old named Ronald Grant who combined an encyclopedic knowledge of film history and over a million film-related images and items going back to the late 1800’s.

The museum’s original location was the former Lambeth workhouse where the 9-year-old Charlie Chaplain and his brother were “processed” in 1896. We learn that prior to X-Rated Movies there was Category H: “Horrific” and that metal tokens had various shapes by price so that ushers could feel the difference in the dark.

Museums require emotional, spiritual, and intellectual participation. Those taking selfies or checking emails cannot experience the art. They are “elsewhere”. It is just as rude to engage with your phone around art, as it would be on a date.

In what is often thought of as “traditional” art museums, I have observed people disconnected from their environment. They are removed from what it is they are seeing.I can spot them in an instant because they spend a little too long reading the museum labels and barely look at the art they identify.

People roam from painting to painting looking for something they can recognize. Often they only attend blockbuster traveling exhibits because they have “heard” of the artist’s name yet do not understand why what they are looking at is significant.

In the ancient world of Egypt and Greece, temples were repositories of the accumulated wealth of an entire society.

In the Middle Ages, churches, hospitals, and monasteries kept treasures to honor God. Sadly, many of those were donated as reparation for perceived sins.

In the 15th century, our relationship to our world changed. We developed new beliefs that we could shape our own destiny. Objects became functional as well as aesthetic.

In a way, the 16th century was our first tech boom. People collected technological instruments, sculptures, drawings, or any other objects that might be the next big thing. Think of the aesthetics of Steampunk or the worlds of Jules Verne Novels.

The 17th Century was the Golden Age of Art Collecting. A mark of prestige with the nobility, it was both a passion and an investment. The Middle Class with their love of paintings and objects from around the world became the Google and the Amazon of the newly wealthy merchant class. Exploration was in. Paintings were your photostream, proof of exotic worlds that you had access to.

Prior to the 17th and 18th century, art was only owned and collected by royalty and the mega-rich. It was a rare honor and a privilege to be allowed to see art in the place it was created to hang.

Later these palaces such as The Louvre in Paris or The Hermitage in St. Petersburg, offered to share their treasures with the public. They recognized they were privileged caretakers of these rarely seen creations.

When you enter a museum you are honoring those who spent a lifetime collecting the best work of the gifted, the skilled, the innovative, and insightful.

Museums are like any sacred place: the person next to you may be experiencing something truly profound in their life. An artist may be analyzing how something was painted. Historical paintings reveal what was lost in textbooks. Before photography, without landscape painters, we would not remember what our country looked like before machines and man changed its shape. Paintings show us our ancestors and the history of fabric and of wealth.

There is etiquette when visiting these public palaces. Never mock the artwork if you are not alone in a gallery. Do not laugh at art unless you are positive it is meant to be funny. Do not touch the art, or photograph it. The oils in your skin and a flash can damage its surface.

If you are taking selfies or photographing the art you are not in the museum for the art, you are there to show off. If you want to make an impression, buy an actual postcard from the museum and mail it to someone as a surprise.

The walls are alive in a museum but only to those with an attention span longer than a housefly.