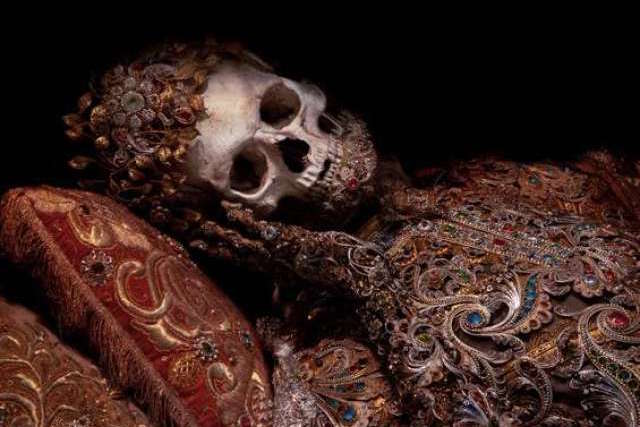 Did you know that it only became “fashionable” for artists to be poor during the time of the Romantics? The term “suffering for one’s art” was actually coined by an unsuccessful artist in his best-selling book to justify his lack of sales. Ironically, as an author (a different art form) he was quite successful. You know him as John Ruskin.

Artists are almost always portrayed in movies and books as slightly crazed or suffering martyrs. In art classes it was common to see students adopt this persona to get attention. Although creativity cannot help but reflect itself in its creator, the truly mad in our profession were often suffering from lead or mercury poisoning from art materials. It is unfortunate this misguided stereotype has worked its way into the mass consciousness.

Being an artist is not synonymous with being poor. All professions embody people who rise to the top of their field; as well a few that will do a bit better than average. There will also be the inevitable lump of those who do only what they must just to just get by.

To succeed in the arts requires knowing that it is a business. This includes doing all of the things for your business that would be done in any other.

Money is not the death of your art. Usually it just means we’ll have better materials, better studio, and “better weed” (if that’s what inspires you). You’ll pay more taxes, but trust me, you will sleep better.

In my article, Roll Your Own Dharma, I write about working with foreign art communities as an Arts Ambassador for the US State Department with the late Gage Taylor. We met and worked with hundreds of artists.

Over and over we observed impeccably painted work collect dust on walls and paintings rendered with unbelievably poor skill that sold like crazy.

Without fail, when we met the non-selling artists, they were angry at the world and felt the world owed them a living.

When we met the artist who’s work sold, we would encounter a joyful, spirit-filled human who loved what he was doing, loved people, and was filled with gratitude. They also had a sense of service to something larger than themselves.

The energy you are channeling as you create stays in that piece of art forever. You can paint a nice picture, but people will feel the anger subconsciously and not want to be around it, much less buy the painting.

For years I’ve been reading and studying about artists that have combined their talent, purpose, and business in equal manner.

For example, Raphael lived more like a prince than a painter. When he died he not only provided for his mistress and his friends, but many of his disciples. He provided for the restoration of one of the ancient tabernacles in the Pantheon. He also left money to commission a marble statue of “Our Lady” for an altar that was also located in the Pantheon.

According to Giorgio Vasari in his Lives of the Artists, Leonardo DaVinci was also very generous. He fed and sheltered all of his friends, rich or poor. He sold the Mona Lisa for today’s equivalent of a million dollars and made his client pay in silver bars.

Vasari was a frustrated 16th century artist. Frustrated because he became better known for his architecture and artist biographies than his own huge body of work (again, a different art form). Through his writings we have learned that Giotto was very wealthy and managed his own business affairs. Not only was he a landowner but he also loaned money at interest like any other prosperous Florentine.

In the book 50 Great Artists we are told that paintings by Jan Van Eyck brought their actual weight in gold. This would have been a substantial amount as they were painted on heavy wooden panels.

We also learn that Rubens was a wealthy artist, diplomat, man of letters, and a collector of art.

In Late Gothic to Renaissance Painters other successful artists that put equal energy into their business affairs as they did their art are discussed. “It was said that Titian was not only a born prince among painters, but a self made prince in a commercial society. He knew his work was a form of luxury merchandise over which he had a monopoly so he naturally intended to be well paid. He had an office that he honored as much as his studio.”

This is only a handful of artists (from the 15th and 16th century) that have succeeded financially because of their talent, kindness, and love towards others. (In another article I will cover later centuries and include women artists).

I love how the Victorian painters actually worked in suits and kept office hours. Although dressing up does not seem practical for the modern working artist, perhaps it is time to embody a new image? Surgeons do not operate for a great yelp review; nor would a supermarket offer you free groceries for the experience. This doesn’t mean it won’t be hard financially at times. All businesses have difficulty in the beginning and sometimes they go through rough patches, but with persistence, they thrive.

On a more modern note, a New York based activist group called W.A.G.E. (Working Artists and the Greater Economy) has been focused on regulating the payment of artist’s fees by nonprofit art institutions. They have a manifesto that will help establish a sustainable model for best practices between cultural producers and institutions that contract their labor. There is also a W.A.G.E. group in London. Artists can join and help pave the future for fellow creatives. Nonprofits can become W.A.G.E. certified. I’ve included a link below.

Featured Image: from the Immortal series by Toby de Silva