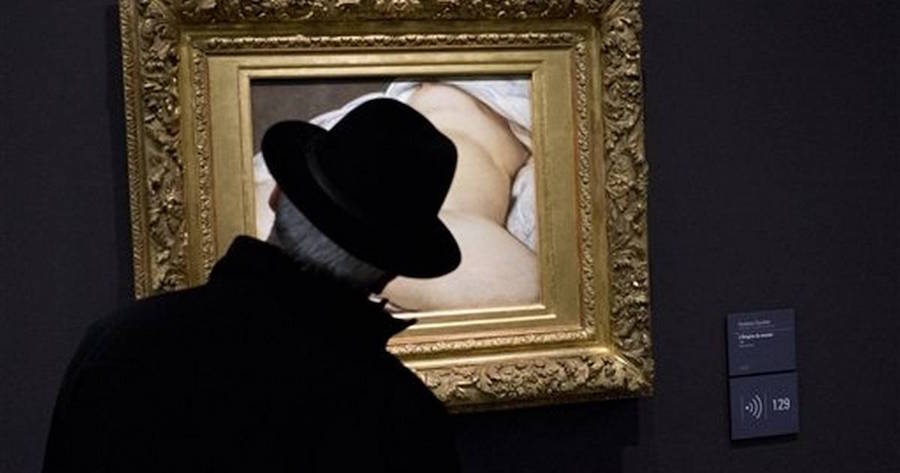 With all the horror terrorizing the world, something wonderful happened recently for the arts, and we have the French to thank for it.

In a landmark censorship case against art, the French ruled that Facebook can be sued in France for censoring content. Parisian teacher Fréderic Durand-Baissas had his account suspended 5 years ago after he posted Gustave Courbet’s painting, The Origin of the World, because it depicts female genitalia.

The social media giant tried to insist complaints had to be tried in California Courts. They lost as the French courts said, we think not. The Paris appeals court dismissed those arguments. The ruling could set a legal precedent in France, where Facebook has more than 30 million regular users.

M. Durand-Baissas, a 57 year old art lover and a father of two was angry at being portrayed as a pornographer after posting the famous 1866 oil painting. He told AP News Service, “If (Facebook) can’t see the difference between an artistic masterpiece and a pornographic image, we in France can.”

As a professional artist and a curator of contemporary figurative artists emerging from the atelier systems, the issue of censorship on social media has been an ongoing issue. One of the problems is that social media image scanning algorithms cannot tell the difference between pornography and the painted image.

In fact these algorithms often can’t decipher the images they are viewing. For example, this painting by Marco Grassi was removed from my feed and my account was frozen for three days. (It was properly identified for copyright and included his bio).

France is not the only country taking issue with Facebook, Norway, Belgium, Spain and the Netherlands have also insisted Facebook explain itself and about its ludicrous censorship policies. Examples include male nipples being OK, female nipples banned. Breastfeeding is banned but the beheading of a human or the evisceration of an animal is not.

Norwegian author Tom Egeland had his account suspended when he posted the Pulitzer prize winning photo The Terror of War which depicts children, including a naked girl fleeing from a napalm attack. The subject was about photos that changed the history of warfare.

One of the issues with trying to contest our pages being shut down is that most of the complaints are turned over to a low paid home based operator. Often, especially in European accounts, moderators are Chinese, Indian or even American companies with a deeply Christian tradition   Moderators impose their own cultural or religious belief on their decision, often breaking European censorship laws.

A clear example of this happened to American Senior Art critic and columnist for the New Yorker Magazine, Jerry Saltz. Saltz was kicked off of Facebook for posting images of medieval art. Although he has been nominated for a Pulitzer Prize three times, a blitz of hate and insults were directed at him personally.

The problem is that anyone who views art or imagery which conflict with their own beliefs can have your page shut down by moderators. A Muslim man that expects his wife to be covered is not going to want to see a woman in her natural form. White nationalists target paintings with people of color. The problem I have with this issue is the same question other artists have, “Why follow our art if you don’t like it?”

Having this kind of inverted censorship has created decades of the visually illiterate. Much of art being posted online is amateur, sentimental at best, toxic at worst. The classically trained painters are systematically blocked, often by people who want to control and punish others who see the world differently. It has become a tool for control those who embody shame, rage, religious dogma.

Cesar Santos, a master painter who trained at the Angel Academy of Art in Florence, had 30,000 followers on Facebook. His account was closed by Facebook because “the haters kept reporting his nudes.”

If Social Media can create an Emotion Buttons its time for them to create an Art Button. An Art button would tell people they must be over 18 to view, that there might be nudity involved. If you view that person’s art page, you have agreed that you are of age and know what you may see. You will not have the right to report. (While they are at it they can design one for violence too).

How difficult could this be for coders if they have technology to recognize the skin of a child based on Markov Random Field Modelling? (I won’t explain it because it’s too creepy).

As long as social media censors art, our perception of both art and the human form will be distorted. The human anatomy is studied, drawn, and painted for years by professional artists. It is a satellite for every emotion and a timeless beacon of all that we all share, our humanness.

Featured Image: A visitor in front of Gustave Courbet’s 1866 “The Origin of the World,” painting which depicts female genitalia at Musee d’Orsay museum, in Paris, France.

One thought on “Art Censorship: How Social Media Edits Our World View”