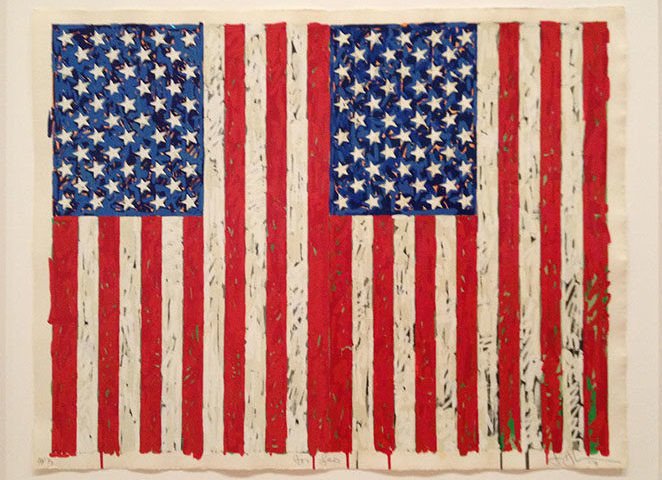 The concept of “the starving artist” is a belief popularized by the 19th century Romantic Art Movement. They made it fashionable to be poor.

These were the artists that rejected the classic teachings of the academies as well as traditional patronage. They intentionally alienated themselves from formal training, worldly success, and family support so they could create “what came from their soul and their own impulses”. Martyrdom was the hash-tag of the day.

Adelheid M. Gealt in her book, Looking At Art, A Visitor’s Guide to Museum Collections examines the artist’s self induced alienation from society:

“The early masters-Titian, Michelangelo, Raphael, and Guercino-became the stuff of biography and legend that emphasized their talent, inspiration, and romantic attachments. Gradually, the eighteenth-century ideal of the artist—that urbane, witty, poised, and cultivated member of society gave way to a new model. Rough, uncultivated, isolated, misunderstood, and tortured by greatness, the nineteenth-century artist was a creature of genius and superior sensibilities who fulfilled his destiny best by dying young.”

Gealt goes on to say that because the Romantic artist relied primarily on inspiration and the internal voice of genius, failure was accepted as a natural outcome of any artistic endeavor and that without an occasional disaster, no artist was considered authentic.

Film and books love recreating these romantic scenarios about artists because they are dramatic and drama sells. Unfortunately, continually recreating these martyr-for-entertainment moments has society and many artists trapped in a samsaric loop.

Artists in the 21st Century do not have the luxury to separate themselves from society. Technology is doing that for them in the same way it is causing a huge divide in society. We are told that to succeed we must constantly post our personal evolution as an artist on social media when in professional reality, it strips the emotion out of our images, makes it feel commonplace as well as unnecessary to purchase. (For more on this phenomenon I highly recommend Jaron Lanier’s best selling book, Ten Arguments for Deleting Your Social Media Accounts Right Now).

Millionaire artists are not interacting on social media but immersing their non studio time in genuine human interaction with communities, corporations, and collectors.

The art world has devolved in America over the last decade, into two separate realities. There are the 1% financially elite, and then the working poor. Its middle class is disappearing. This should concern all of us because the arts are the unseen fabric of every thing you use or purchase in life.

As in the rest of the business world, the art world has its own 1%. They are painters, sculptors, and photographers that have become self-made multi millionaires or billionaires off their art.

We need to stop perpetuating the 19th century stereotype of artists being self absorbed martyrs too delicate to make a living. Until we do, we will continue to lose the backbone of every innovation America has to offer. One of my goals years ago as an Arts Ambassador for the US State Department, was to get artists to believe a living income was possible and what they did was of value. To that end I would like to share some of our millionaire success stories.

Many artists will not disclose their net worth (for obvious reasons). One only has to wonder what Kitsch painter Odd Nerdrum’s net worth must be to owe 2.6 million in taxes? I’ve chosen only the most glaring examples based on auction or highly publicized sales.

Here are a few living painters and their net worth in US dollars. I’ve included female as well as male artists.

Ed Ruscha (American, b.1937). Net worth 1.2 Billion. Long associated with the Pop Art Movement, over 50 of Ruscha’s paintings have sold for over a million dollars at auction and another for slightly under 7 million at Christies, NY.  His paintings and photographs depict iconographic Southern California.

Andrew Vicari (Welsh, b.1932) Net worth 142 Million. Official painter to the king of Saudi Arabia. Known as the Rembrandt of Riyadh.

Anthony Gormley (London, UK, b.1950) Net worth 100 Million (sculptor). Many of his works he has used his own body for the moulds.

Takashi Murakami (Japanese, b.1962) Net worth 100 Million. This Tokyo based artist has created painted sculpture for fashion, advertising and animation. As an artist, he achieved celebrity status via Louis Vuitton and later from an album cover created for Kanye West. He sold one piece of sculpture at Art Basel for over 2 million dollars.

David Hockney (British, b.1937) Net worth 40 Million. Hockney began his career with the pop art movement of the 1960’s. Hockney is as famous as a stage designer as he is as a painter. Appointed by the Queen to the Order of Merit and is a Royal Academian.

Andreas Gursky (Germany, b.1955) Net worth 30 Million. A photographer who sold one print for nearly 4.5 million. He creates the illusion of wide spaces.

Cindy Sherman (b.1954) Net worth 35 Million (a photographer but a woman so worth mentioning). Queen of the selfies, photographed herself 69 times in every female cliché.

Richard Prince (b.1949 in the Panama Canal Zone). Net worth 30 Million. Not a man liked by other artists. He is known for appropriated imagery. He re-photographs, copies, scans, and manipulates the work of others; in other words he has crafted a technique of appropriation and provocation.

Brice Marden (American, b.1939) Net Worth 500 Million. Minimalist . Although classically trained at Yale he developed an interest in Abstract Expressionism. I love how the universe really wanted this man to create art. Marden was going to go to school in Florida to learn to be a hotel manager when a teacher gave him a MOMA membership card to go see an exhibit by Jackson Pollack who had just died. He decided to transfer to Boston University for his BFA. This in turn led him to a summer program at Yale’s Summer School of Music. He became classmates with soon to be famous artists like Chuck Close. He also married Joan Baez’s sister, Pauline. He was exposed to Jasper Johns when working part time as a guard at the Jewish Museum.

Here are some women artists and what their paintings demand:

Cady Noland (American, b.1956) 6.6 Million (one painting), 9.8 million one painting “The broken illusion of the American Dream”, Silkscreen ink on aluminum plate.

Yayoi Kusama (Japanese, b.1929) 5.8 Million (one painting). Works primarily in sculpture and installation.

Rosemarie Trockel (German, b. 1952) 4.9 million  (one painting). Creates a number of pieces in knitted wool.

Making Money As An Artist: To Have Talent Once Meant You Were Wealthy • Uriél Dana Fine Art